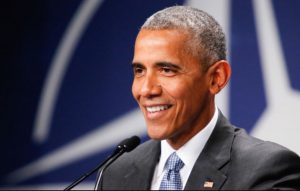 Seville (Spain) – April 2, 2019 (travelindex.com) – The World Travel & Tourism Council (WTTC) announced a world-class speaker line-up for its Global Summit in Seville starting tomorrow and a projected record attendance of over 1,500.

The WTTC Global Summit is the most important event in the sector gathering public and private sector leaders of global Travel & Tourism. This year WTTC is privileged to be holding the Global Summit in the Andalusian capital of Seville, Spain, on 2-4 April. This will be hosted by the and Ayuntamiento of Seville and supported by the Ministry of Tourism, Industry and Commerce; and the Vice Ministry of Tourism of Andalucía.

WTTC is set for over 1,500 delegates at the Global Summit including over 100 WTTC Member CEOs, 300 media, more than 20 ministerial delegations, as well as serving and former Heads of State.

Pres. Barack Obama will be the headline speakers as well as President Pedro Sanchez Perez of Spain; H.E. Margaret Kenyatta, First Lady of the Republic of Kenya; and Felipe Calderon who served as President of Mexico from 2006 – 2012.

WTTC is delighted to confirm the following speakers:

The 2019 Summit will be centred on the theme of ‘Changemakers’, harnessing the 500th anniversary of the first circumnavigation of the world from Seville and the world-changing impact of that achievement. It will inspire delegates with changemaking individuals and ideas to craft the future vision of Travel & Tourism. Creativity, innovation, diversity and inclusivity will drive the conversation.

Gloria Guevara, President & CEO, WTTC, commented, “The WTTC Global Summit is the single most important event in the calendar for global private sector leaders to gather and analyze the issues facing the future of our sector and the opportunities that arise from them. I am excited to be welcoming a record of over 1,500 delegates including so many WTTC Members, Ministers, and serving and retired Heads of State. Our Summit is the place where the future of our sector is shaped.”

Bernard A. Metzger, Founder of Travelindex Media Group and Publisher of this global travel news website will also attend this world-class event.